These cheesecake cones bring plenty of fun to the dessert table. Use nonpareils in your wedding colors for a pretty presentation. 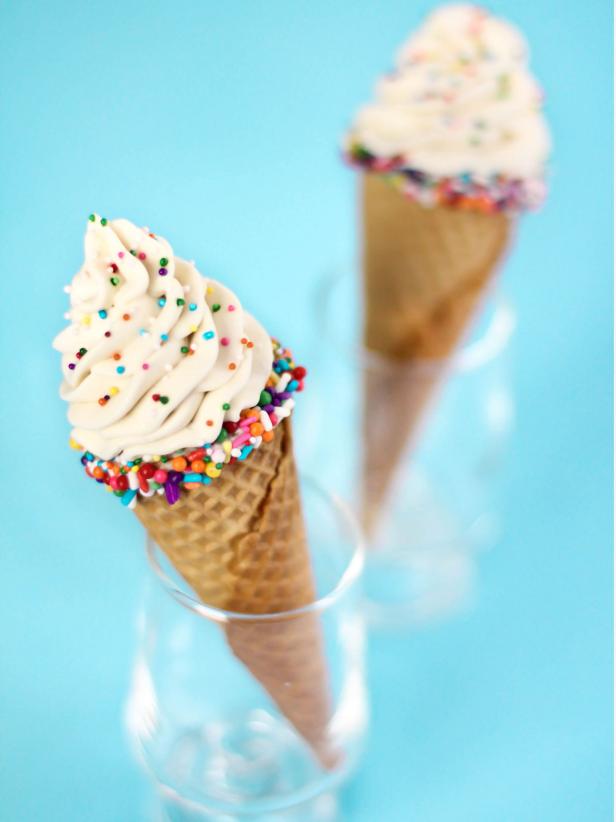 These cheesecake cones bring plenty of fun to the dessert table. Use nonpareils for a pretty presentation.

1: Pour heavy whipping cream into a large bowl and beat on high speed with an electric mixer. Gradually add in half the granulated sugar and beat until soft peaks form.

3: Transfer mixture to a piping bag fitted with a large star tip (Wilton star tip #133). Pipe batter into cones. As you move the decorator tip above the rim of the cone, pipe the batter into a large swirl on top like soft-serve ice cream.

4: Sprinkle with multicolored nonpareils (Image 1). Refrigerate until ready to serve. You could also freeze them for an extra-frosty treat.

Tip: To make these extra colorful, dip the rims of the sugar cones in melted white chocolate then into multicolored sprinkles (Image 2). Place them on parchment paper and allow them to harden before filling with cheesecake batter. 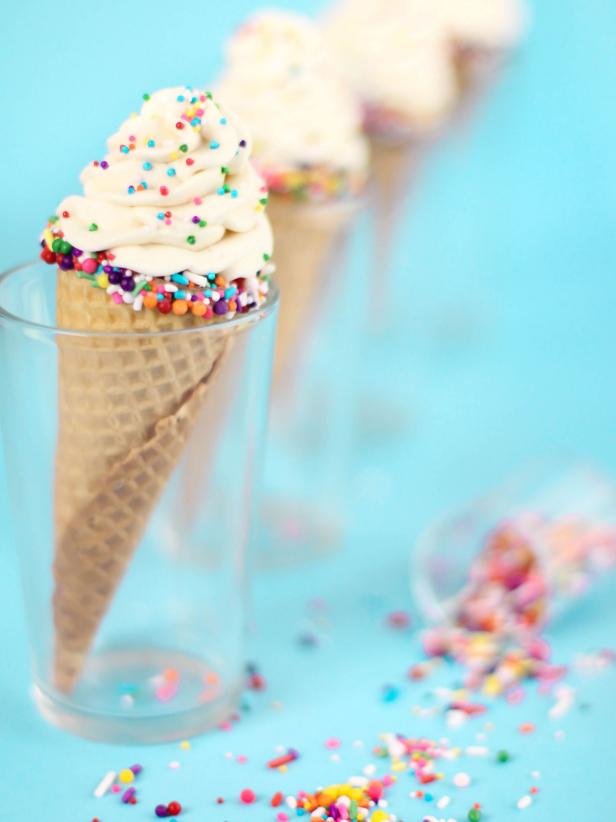 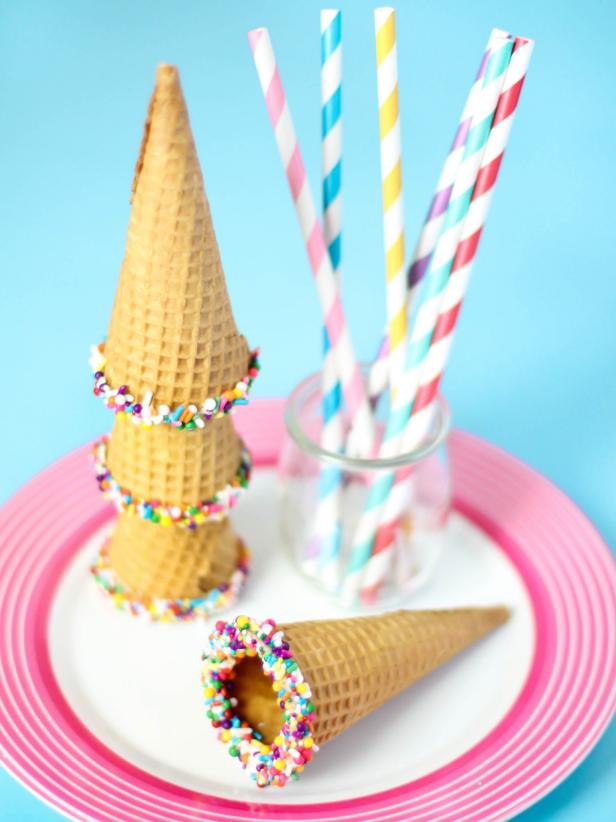 Sprinkle your finished cheesecake cones with multicolor nonpariels and refrigerate until ready to serve, or you could freeze them for an extra frosty treat.

To make your sugar cones extra colorful, dip the rims in melted white chocolate then into multicolored sprinkles. 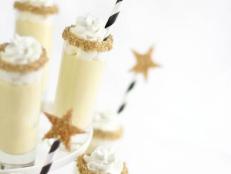 These creamy custards can be made with your favorite brand of bubbly. Gold sanding sugar can be found at most craft stores in the baking supply aisle. 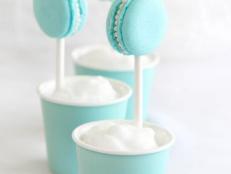 These are perfect for dressing up a dessert table, or for packaging in little boxes for wedding favors. Sugar pearls are available at most grocery stores, or find them in the baking aisle at craft stores. 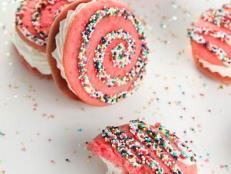 These pretty pink pies are full of strawberry flavor. Use gold or silver sanding sugar in place of the multicolor nonpareils for a fancy presentation. 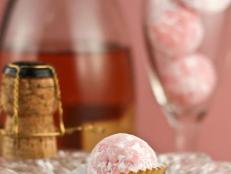 Make your wedding toast even sweeter with pink champagne truffles. Display them in foil candy papers for extra eye appeal. 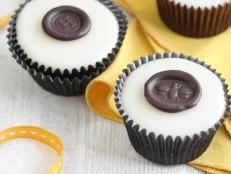 Personalize your wedding treats with chocolate “wax” seals. Wax stamps can be found at craft stores and online. 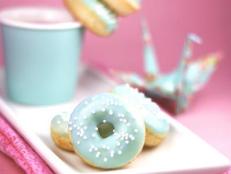 These little donuts are extra light and have a double dose of vanilla flavor. They’re pretty stacked high on a cake stand, or displayed individually in fancy cupcake papers. 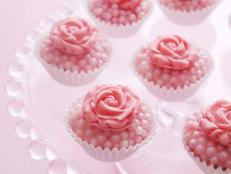 These sweet morsels are as pretty as they are tasty. The bejeweled effect is achieved by rolling the truffles in pink sugar pearls.

These vanilla bean sugar cookies would be a delicious addition to any wedding dessert table. Adorned with swirls of pink cream cheese frosting, they look like beautiful roses. 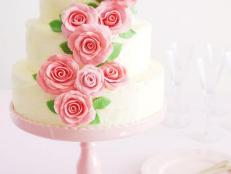 How to Make a Wedding Cake

Making your own wedding cake sounds like a daunting task, but even the simplest home-baked confection can look professional with these beautiful, edible blooms. 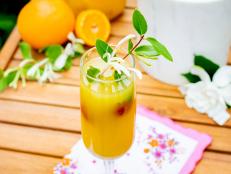 Summery Honeysuckle Mimosas for a Crowd

You know you're going to have more than one, so why not make a whole pitcher of this flowery summer sip?
More from:

The Big I Do