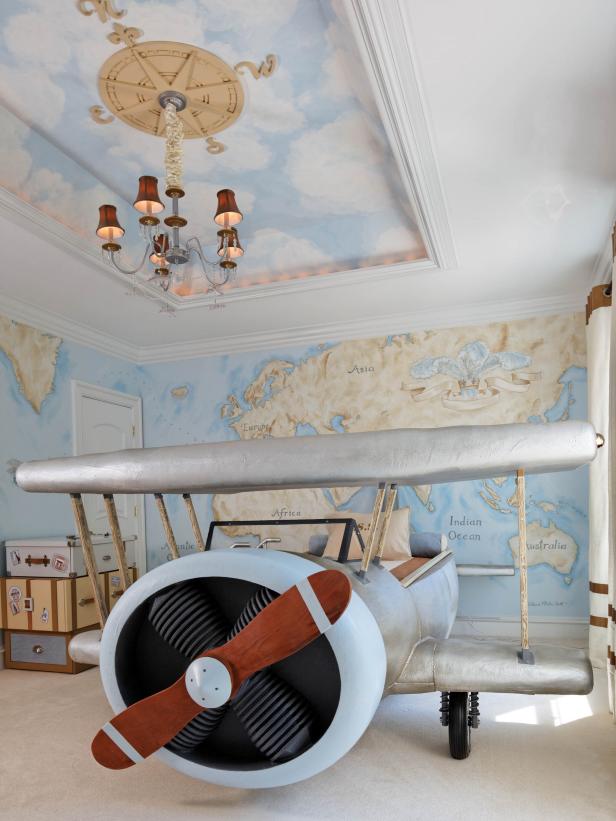 This adventurous space sports travel-trunk furnishings, a map mural on the walls and ceiling, and a biplane bed. A compass medallion and chandelier adorn the ceiling.

When Designer Dahlia Mahmood was given the task to design an aviation-inspired room, she pulled out all the stops to complete a fun design that was perfect for a kids' space. Using an airplane bed as her centerpiece and including aviation details, like dresser drawers made to look like suitcases and hand-painted sky murals, Mahmood created a room that would inspire any young boy's imagination. 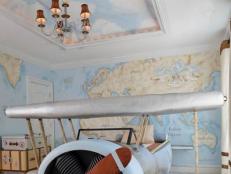 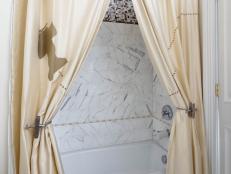 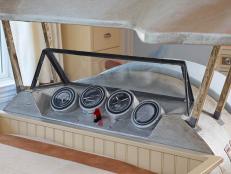 What were the main items on the family’s wish list?

The room was designed for a little boy, whose father has a love for flying. In hopes that his son would follow in his footsteps, he asked for a room that would inspire a curiosity in aviation.

What was the single largest challenge you wanted to address for this client?

Almost every concept is too large for the actual space. After all, how can the vastness of the sky be recreated in a bedroom? Designing children’s rooms, however, is a chance to imagine wildly without the consequences of it being over-designed. The murals hand painted on the walls create an illusion of depth without taking up any space at all.

What was your biggest obstacle in this space?

Designing this bedroom, we came across the classic form vs. function issue. Much of this room was designed for aesthetics and dramatic effect, but we also wanted it to be practical for the child as well as his nanny. Designing the jet, we envisioned a grand form jutting out of the wall. Building it, we realized that the wings and propeller could potentially become an obstacle. So we softened the design, reshaping the wings and propeller to be short but not stumpy.

How does the end result match up with your original vision for the space?

Originally, the jet was designed to sit in the center of the room. During installation, however, the studs in the walls did not line up to the intended design, forcing the jet to sit slightly tilted and off to the side. Although it seemed like a loss at first, installing the surrounding furniture proved that this accident was for the better. The room circulated better with the plane closer to the windows and left more room for the use of the customized steps into the jet.

What surprised you the most about the project?

Fully customized projects are a lot of work. Every piece teaches you a better way to go about the next. This is what we do the best, customizing grand design concept to the smallest details to create unreal spaces.

What are the hidden gems in your plan?

The jet bed, being the centerpiece of the room, is built with controls and realistic aviation signals that light up in the dark like the planes that travel at night. The jet is also lit from underneath to recreate the weightlessness of flight. The map behind the bed is centered on the country the family originates from. The drawers are transformed into luggage cases stacked on top of each other to suggest constant travel and a fuel tank including a handle and a hose. The vintage jet design is accompanied by old-fashioned drapery accented with leather trim. 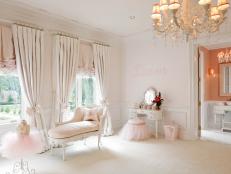 Sugar, spice and everything nice was the inspiration behind this little girl's dance-inspired bedroom by designer Dahlia Mahmood. 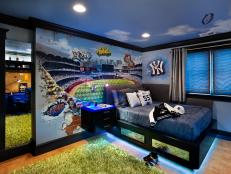 Inspired by his favorite baseball team, a teenage boy's formerly cluttered room is given a Yankees-themed makeover. 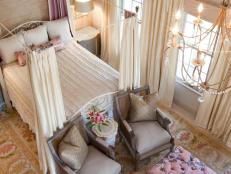 Designers Jackie Bayer and Sadie Sanchez of Emerald Hill Interiors created a one-of-a-kind master suite for a homeowner who loves all things feminine, romantic and covered in jewels. 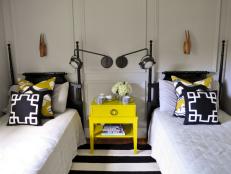 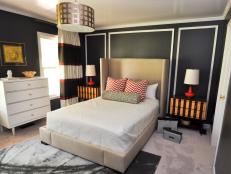 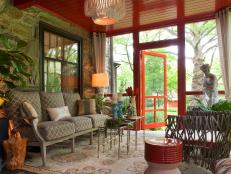 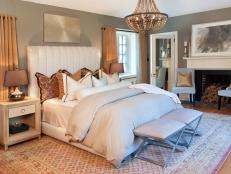 Designer Nile Johnson proves he knows design when he turns a master suite that's stuck in the past into a glamorous getaway full of interesting details. 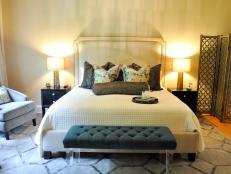 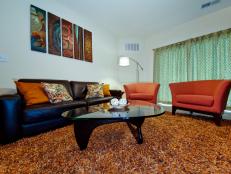 From Boring to Stylish Bachelor's Pad 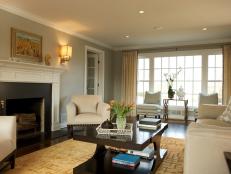 In this light, transitional home project by designer Blanche Garcia, the homeowner got her wish for a relaxed atmosphere full of style to share with her two children and dog. 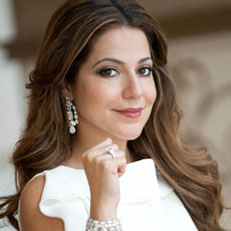