Designer Bryan Reiss created a stunning and functional kitchen space during this renovation, while also preserving many of its original historic elements. 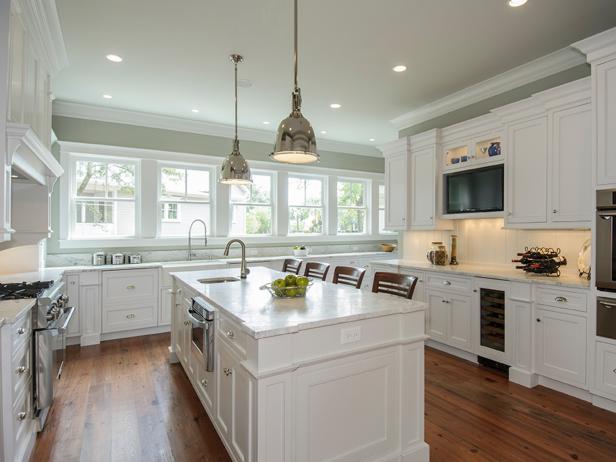 What were the main items on the owner’s wish list for the remodeling of this space?

The home is a very large pied-a-terre (10,000-square-foot main house) and is primarily used as a place to entertain family and friends when the owners are in Charleston. They expressed an interest in having a kitchen function for frequent extended stays for up to eight couples at one time. Large cooking equipment, multiple dishwashers and plenty of refrigerated storage space were a must. Storage for dinner service for at least 16 was needed as well. The client also wanted to preserve the original brick walls, flooring, plaster ceilings, moldings, staircase and passage doors. We had to work around each of these antique materials and integrate a functional, aesthetic, up-to-date kitchen into them. 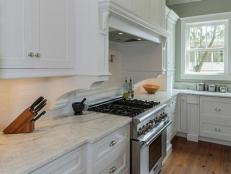 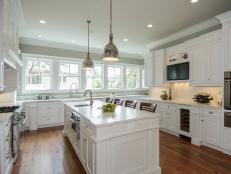 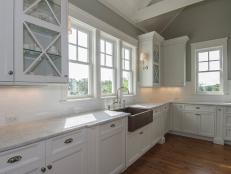 What was the single-largest issue you wanted to address for the owner?

The room’s footprint is large, but the amount of cabinetry for storage space is limited. We had to address the true needs of the client and fit in only what we could within the constraints of the space. So we spent quite some time talking about appliances and exactly how much storage was needed. Only one wall could support cabinetry and we had to fit everything along that space. The opposite wall had large doors and windows, the rear wall had a staircase we couldn’t move, and the front wall had existing pantries that ended up also not being able to be moved. I suggested we go up with the cabinetry (about 11 feet to the top) to give them more storage and make the traditionally shallow wall cabinetry deeper. This also helped with the scale of the ceilings (16 feet tall).

What was your biggest obstacle in this space?

One of the biggest obstacles was the house itself. The home was originally built in 1851, and with any historic home comes floors and walls that are no longer level and plumb. Also, both exterior walls are the original exposed brick and we had to run a full elevation of cabinetry along one long brick wall. The brick needed to be extensively repointed and repaired when we removed the existing kitchen cabinets. The previous kitchen renovation, prior to us being involved, had the cabinetry anchored directly to the brick. This left weakened areas over time that seeped in moisture. After the brick repair, we built false walls up from the floor and anchored them to the side walls. The cabinets are now hung from these support walls. The sides of all the exposed ends of the cabinets are extended back to hide the support wall and carefully scribed to the brick. This gives the illusion they are mounted to the brick when actually they are not.

How does the end result match up with your original vision for the space?

The original proposed plan was designed in an L shape, not the galley style it became. There are three large closets/pantries along the wall opposite the stairs we proposed to eliminate to get an L-shaped kitchen. It turned out when construction began some pipes and electrical chases could not be moved without disturbing the adjacent library’s decorative plaster ceilings. Subsequently, we redesigned the kitchen to be galley style and left in the closet-like pantries to save the original plaster ceilings.

What surprised you the most about this project?

We installed LED under-cabinet lighting, and given that there was an unfinished basement area under the kitchen, I suggested mounting the transformers to the floor joists and running the wires up from the basement through the floor (cabinets are mounted along brick wall). The only other option would be to mount the transformers inside one of the cabinets, but they would have to be mounted so high up they would be difficult to service. Mounting the transformers in the basement would provide good access to service the transformers if needed. It turned out to be a good thing, because we had one bad transfer that blew a few weeks after we finished the project and it needed to be changed. It was very easy to troubleshoot the issue and facilitate the replacement.

What are the hidden gems in your plan?

Plaster ceilings are beautiful in this space. The framed antique French wallpaper panel ties together all the neutral palettes of the space and creates a dramatic wall covering on the large exposed wall of the chef’s suite above the kitchen. 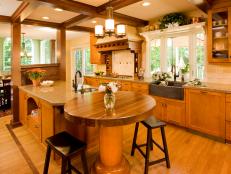 Stylish Kitchen Renovated for Optimal Use

Designer Rebecca Lindquist wanted to make this family’s kitchen more than just the sum of its parts by making it a useful space with custom designs, a coffered ceiling and copper sinks. 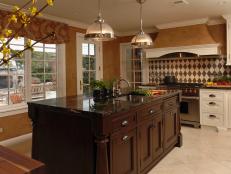 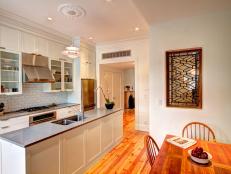 Designer Ben Herzog takes a once dark and outdated house and turns it into a light, airy home that mixes traditional beauty with modern design. 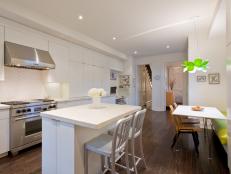 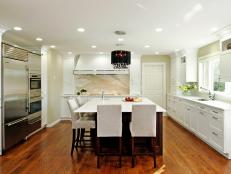 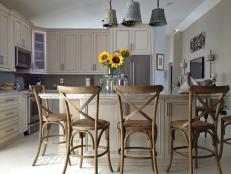 Designer Kerry Fidler renovates a kitchen for semi-retired homeowners to include stainless appliances, a granite-topped island and ample storage. 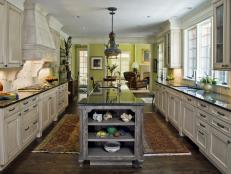 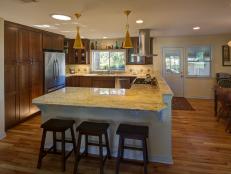 Cheryl Balintfy designs a kitchen with an open floor plan and colors inspired by nature. 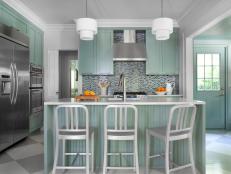 Designer Mark Williams explains how he created a colorful family-friendly kitchen for a couple with widely differing styles. 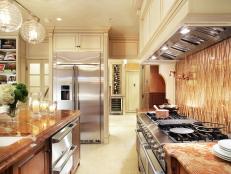 At the famous swank Kips Bay Showhouse in Manhattan, Bilotta Kitchens shows how to up the ante to five stars. Here's a recipe for creating a highly functional kitchen without the super serious look. 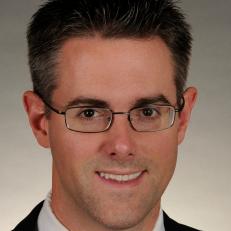