Ladies and gents, it seems the way to a man’s heart is through his wood shop.

At first glance, Ben Napier and Jason Pickens are worlds apart. As the co-star of Home Town, Ben reps all things traditional in Laurel, Mississippi; Jason, by contrast, cultivates a Brooklyn vibe for See J Work With Jason Pickens. 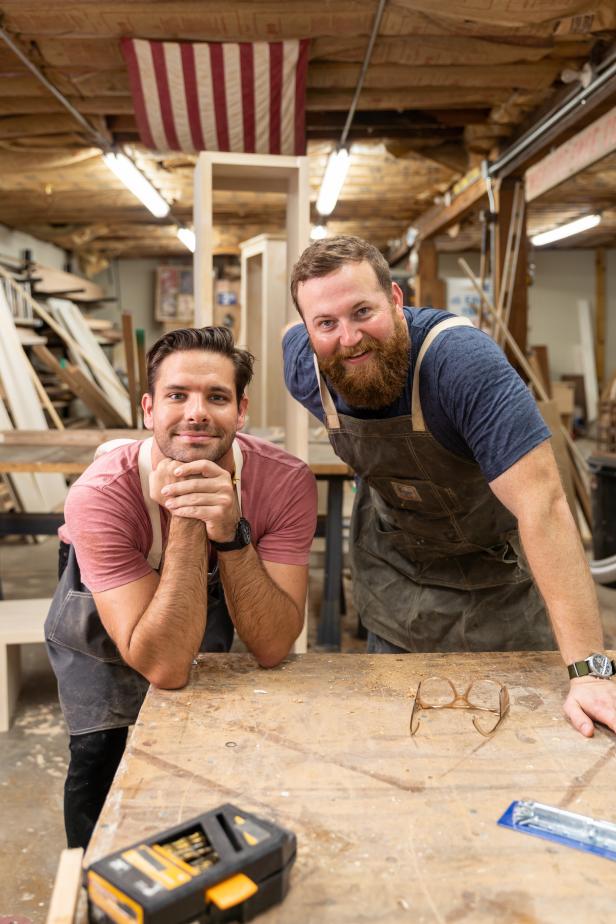 That, of course, was before those worlds collided on Talkin’ Shop, HGTV's all-new digital series — and now that we’ve seen Ben and Jason shoulder to shoulder, it’s clear that they’ve been a perfect match all along. Consider the evidence:

Jason takes serious pride in his oh-so-New-York-City shop, which is kitted out with everything from a pottery studio and a kiln to a lounging area. (Hey, a hard day’s work merits a nap in the sun.)

Ben’s got big love for his Mississippi work space as well (which boasts not one but two taxidermied bobcats that “used to be in [his] granny’s house”). He’s quick to correct Jason when he calls dibs during a visit — “this is my shop” — but he’s more than happy to give a grand tour and share his gadgets with his guest. 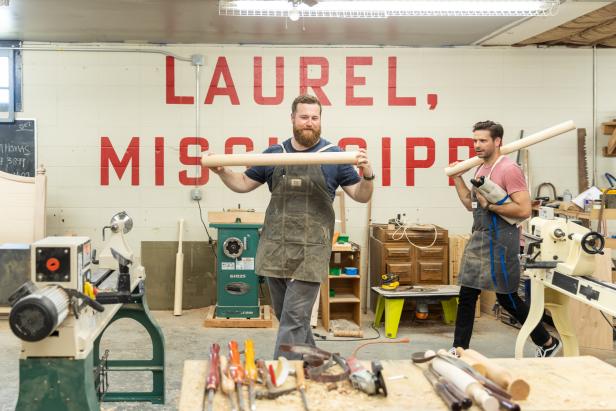 Ben Napier (C) and Jason Pickens (L) prepare to start work on building baseball bats at the Scotsman Workshop in Laurel, Mississippi. Ben chooses a piece of maple wood for his bat and Jason decides to work with a piece of ash for his bat. (action)

Spoiler alert: The best thing about having a killer woodshop is opening it up to your friends.

Jason would seem to be the fashion plate in this pairing — he’s awfully comfy in a pink tee.

One should note, however, that Ben’s menswear (Benswear?) game is getting strong — and like Jason, he brings his A game when it comes to plaid shirts. Might we expect matching flannels on a second season of Talkin’ Shop? The future’s unwritten, folks.

…and Ben has a fuzzy side. Literally. (We imagine his baby daughter, Helen, will get a kick out of his alter ego in a few years.) 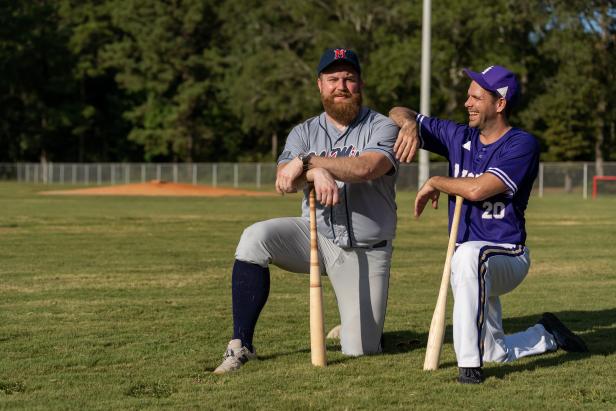 Ben Napier (C) and Jason Pickens (R) are on the field with the Emeralds youth team in Laurel, Mississippi swinging their newly turned baseball bats. Ben and Jason joke after the game about how long it's been since they have played baseball. (action)

Strictly speaking, Ben and Jason compete against one another to turn baseball bats and use them in a home-run derby — but consider their team photo, America. They clearly went out for a Little-League-style pizza party after this shot was taken.

…and he’s pretty fond of the crew down in Laurel, as well. How cute are those shoutouts? Ben talks a big game about seeing “who’s the best woodworker to rule all the woodworkers,” but Jason’s “I just want to be friends, I just want to hug” M.O. is the series’ secret theme. Color us completely unsurprised that by Episode 6, these two are playing “Wood You Rather” like tweens at a slumber party. (Crushes are discussed, because of course they are. So is…cake?) 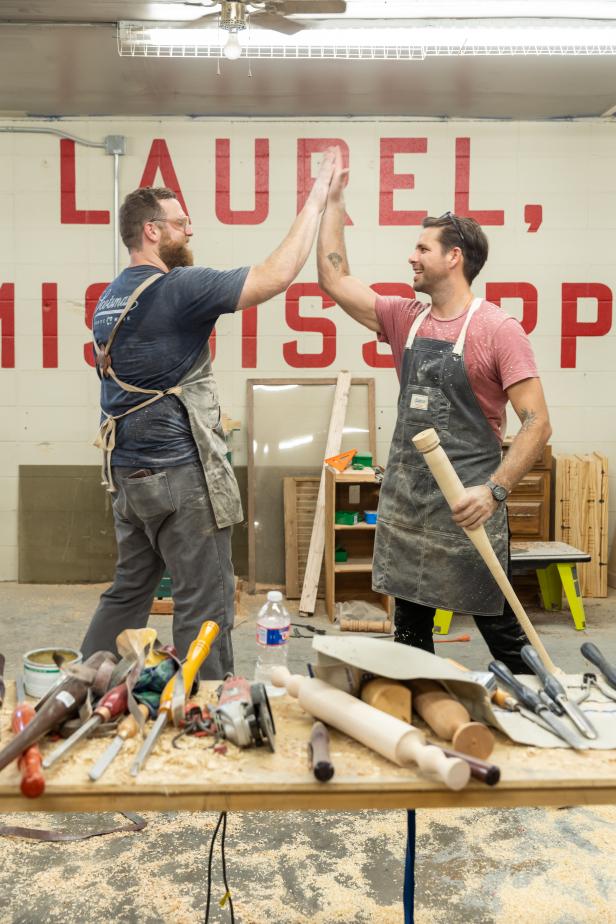 Ben Napier (L) and Jason Pickens (R) work together on building baseball bats at the Scotsman Workshop in Laurel, Mississippi. They celebrate with a high five as both of them finished before the hour time limit was up. (action)

No pressure, but we expect a selfie when you get your hands on those matching flannels, guys.

Ready for Jason and Ben’s excellent adventures? Wet your whistle with this sneak peek, and stay tuned for the series debut! 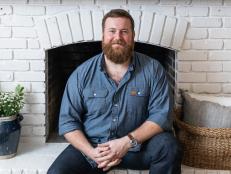 The Home Town co-host and master builder took a break to enjoy a hot bev while in New York City. HGTV got his go-to seasonal order. (Spoiler: It's definitely worth trying.) 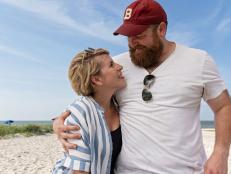 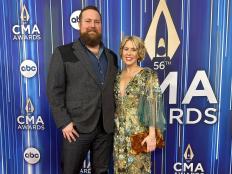 Erin and Ben Napier Present at the CMA Awards

Tune into ABC at 8/7c to watch Ben and Erin present at the CMA Awards in Nashville. HGTV has all the details — including what Erin's wearing. 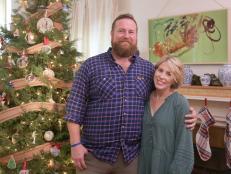 HGTV sat down with Home Town's Ben and Erin Napier to learn more about their holiday decorating tips, hosting tricks and family traditions. 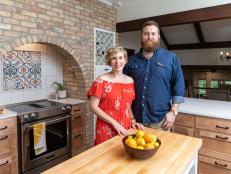 Ben and Erin Napier's Relationship With Their Daughter Is the Sweetest

Their Instagrams are full of adorable parenting moments while keeping their daughter, Helen's, privacy intact. 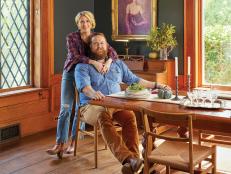 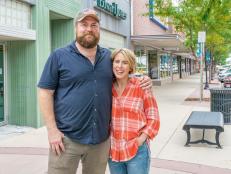 Watch: Ben Napier Has the Ultimate Super-Dad Moment in NYC

You’ll get some serious holiday joy after watching Home Town host Ben Napier step up for his daughter, Helen. Even better: We found out where you can buy Helen's hat. (It's only $10!) 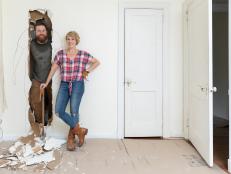 With another season of Home Town under his belt (and Season 4 on the way!) and Erin and baby Helen at his side, the HGTV star and dedicated family man opens up to us about the ways he’s making sure he’ll be around for a long, long time. 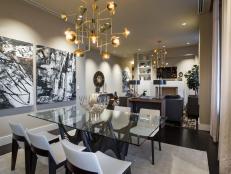 Did you see something you liked at Urban Oasis 2014? Browse a list of products featured in the apartment. 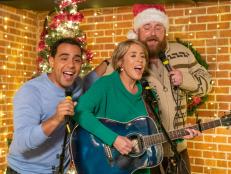 Meet the cast and get all the details on HGTV's new Christmas movie, A Christmas Open House, featuring Home Town hosts Ben and Erin Napier.