Catch Up On Episodes All-New Tuesdays at 9|8c

This is the Worst House 'Good Bones' Has Ever Tackled

Hoarded to the brim and so badly rotted out, even Mina and Karen couldn't save this Indy house filled with 'danger zones.'

We hinted to you recently that Mina Starsiak and Karen E Laine would be pulling out all of the stops for season three of Good Bones, and the first episode is no exception.

In a series first, Mina and her mom discover a property so bad, with so many “danger zones,” rotted out ceilings and standing water inside, that they have no choice but to tear it down. It’s quite the situation, considering how many seemingly impossible-to-save, fire-damaged, water-damaged and squatter-inhabited houses they’ve rescued over the years. 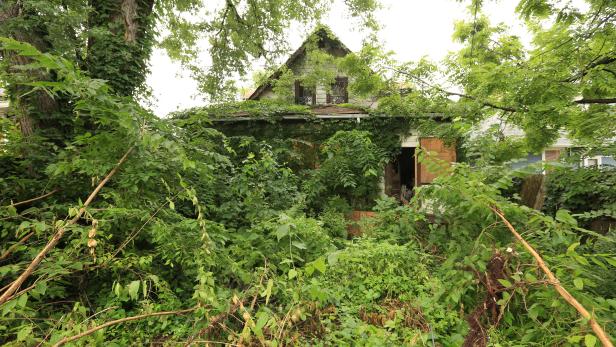 The original exterior of the Sanders house that Mina and Karen are renovating together, the house is completely taken over by overgrown greenary as seen on Good Bones

Mina calls the crumbling two-bedroom house in Indianapolis’ Bates-Hendricks neighborhood the scariest one on the street, with a kitchen that “looks like it’s melting,” rotted out ceilings and baby doll heads scattered throughout piles of hoarded junk in every corner. Because, of course. 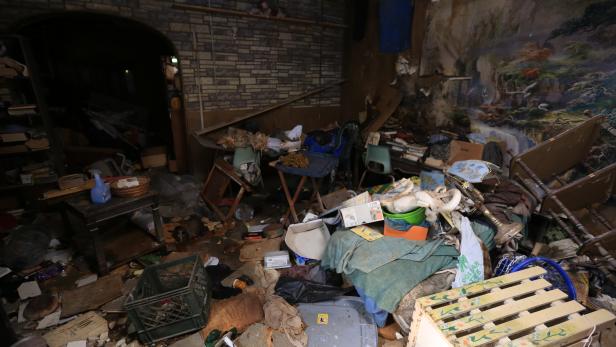 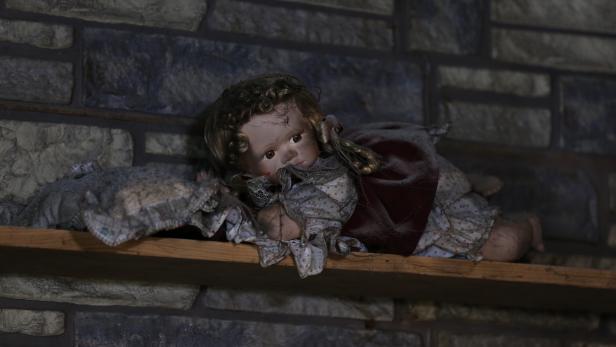 Despite Karen’s initial protests during the walk-through — “We’ve had houses with holes in them before!” — they both agree it will be both easier and safer to start from scratch with a new build on the expansive lot. Mina’s plans for the new two-level digs pull out all the stops, especially after the team realizes it could be the perfect house for Mina’s longtime carriage house tenants who have been on the hunt for their dream “modern farmhouse” with a fireplace and enough space for their dog to roam.

One very large excavator, a little help from Mina’s newly promoted brother Tad and some very specific design features later — ahem, fireplace! — and we have a house again! Here’s a peek at the final product of the new build Mina and Karen created with their tenants in mind. 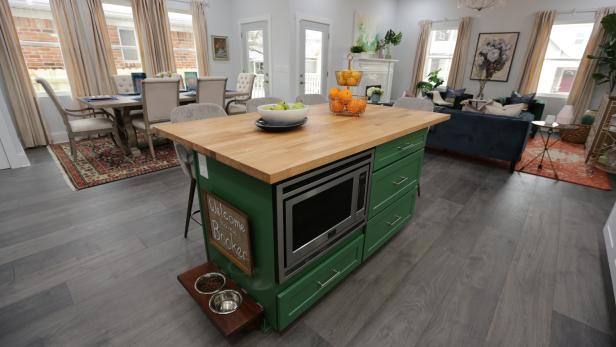 The new green kitchen island that Mina and Karen put in their modern farmhouse re-build on Sanders. The island has a custom made food shelf for Kelly and Joe's dog Booker as seen on Good Bones 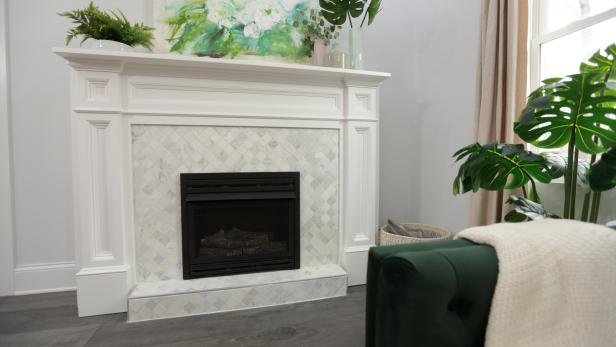 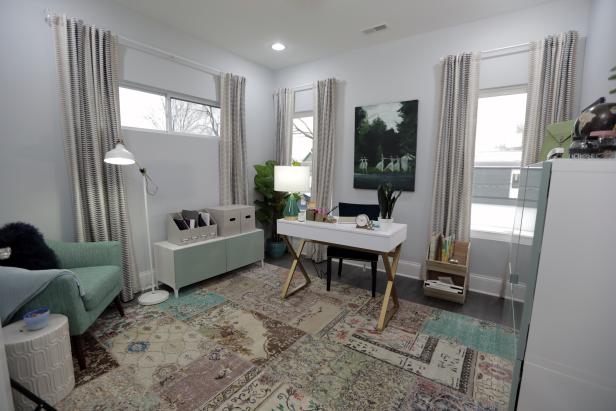 One of the guest bedrooms on the second floor, that could also be used as an office of the house on Sanders as that Mina and her mom Karen re-built together as seen on Good Bones 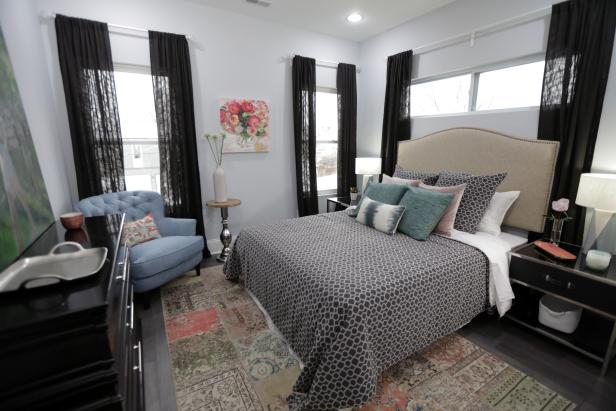 See all of the details of the finished house in the premiere episode of Good Bones season 3, airing Tuesday, April 10 at 9|8c. 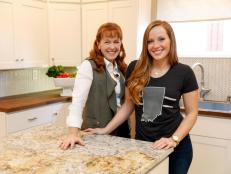 Good Vibes Are in Abundance on HGTV's 'Good Bones' 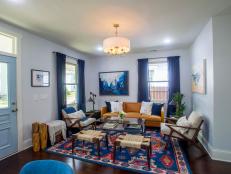 Mina and Karen take a financial risk on a house in an established historic neighborhood but, with structural issues and zoning restrictions, soon find they may have landed themselves in a historic hot mess. 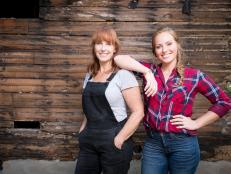 Bigger projects, bigger family news and more Tad! Can't wait for Karen and Mina to return to the screen on April 10? Tide yourself over with some sneak peeks of what's to come. 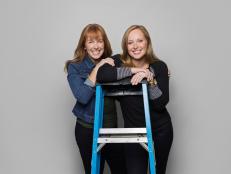 8 Reasons Why We Can't Wait for 'Good Bones' Season 2

Good news, fellow Good Bones fans: The show will return for a second season! Let us count the ways we love Mina, Karen and their colorful fixer uppers. 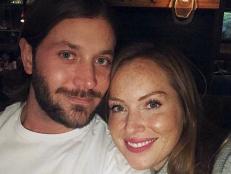 The baby countdown is over! Mina Starsiak and husband Stephen Hawk announce the arrival of a brand new baby boy. Greetings, baby Jack! 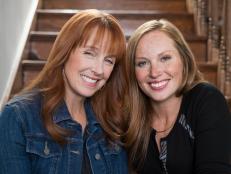 HGTV's fearless mother-daughter duo Mina and Karen are back for a fourth season of the hit series Good Bones, rescuing vintage but desperate homes in their home city of Indianapolis -- transforming them into shining jewels to light up the city's historic neighborhoods. 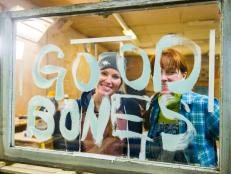 Mina, Karen and the Little Victorian That Could

The ladies of Good Bones transform a tiny and sad Victorian home on the outskirts of downtown Indy into a stylish showplace brimming with light and space. 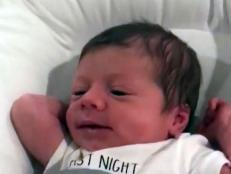 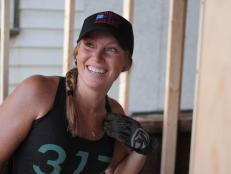 We’re perpetually in awe of her ability to TCB like it’s NBD. 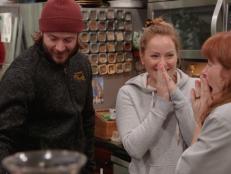 Watch the Good Bones star surprise her family with the news of expecting her first child this summer.