Minimalism Is the Worst

Though I don't have paranormal abilities or a medical degree, I'm fairly sure I know how I'll die: My husband and I will one day be crushed beneath piles of our stuff.

One of our granny clusters. It is unfinished.

One of our granny clusters. It is unfinished.

Our neighbors will probably be horrified. Our family and friends will perhaps feel guilty about bulky gifts they gave us over the years. For my part, I'm OK with eventual death by accumulation: What's the alternative? Minimalism is overrated. Boring. Literally (and sometimes figuratively) vacuous. As George Carlin once noted, "a house is just a pile of stuff with a cover on it." If that's true, one could argue that an empty house isn't really a house at all.

The finished bathroom in the Moon home, has a minimal modern contemporary feel, featuring ceiling beams to add a dynamic quality to the space. The modern hung wall vanities, freestanding tub and fixtures add a simple yet pleasing look, as seen on DIY Network’s, I Hate My Bath. After #5, (After)

Marie Kondo and her legion of fans beg to differ, of course. Since 2011, more than four million potentially-joy-sparking copies of the shelf-help guru's The Life-Changing Magic of Tidying Up have sold in more than 30 countries, and she was named one of Time’s 100 Most Influential People in 2015. Sometimes it's hard to imagine life before people gushed about how satisfying it is to thank their old belongings for their service and then get rid of them. (Ducking out of those "radical tidiness" conversations at parties sparks joy in me.)

Scientists, in turn, link cumbersome stuff to stress: In a long-running project at UCLA, researchers found that women in working families who used "unhappy verbal characterizations of arrays of household possessions [chronically messy, cluttered rooms or unfinished remodeling projects]" had higher levels of cortisol, and that "women who characterize their homes as restful, restorative or tidy had lower stress levels." Other research has demonstrated that clutter can lead to depression.

The common theme here is that it's how we feel about our surroundings that matters. If you find an understated space like this London living room (above) relaxing, go ahead and pin it to your vision board! I would quake with fear if I came home to something like that. What if the burglars returned for the stuff they missed?

My happy place is more like Smaug's mountain lair in The Hobbit. That dragon knew how to live.

Less is not necessarily more.

My nightstand. I am in the middle of reading most of those books.

My nightstand. I am in the middle of reading most of those books.

When my now-husband and I moved to New York City from California, we left all of our furniture and most of our belongings behind. Our new space in Manhattan was minuscule, and we were barely able to fit our clothing and our cookware in it. (They actually shared space, since we had to keep our wardrobe in the kitchen). When we moved to a larger apartment six years later, I was ecstatic: I could finally get reacquainted with all of the beloved books I'd stashed in my mother's attic! Joe could have a proper record collection! We could support local artists and bring home tchotchkes and have more than one, big winter coat apiece! We were finally home.

One of many record caddies. No, it is not Christmas.

One of many record caddies. No, it is not Christmas.

It's worth noting that maximalism like ours isn't necessarily problematic: To be clear, as much as I dig my clutter, physical things will never mean as much to me as intellectual and spiritual things do. Minimalism, in turn, isn't necessarily virtuous — and as sociologists have noted, glorifying a certain kind of posh, empty room can easily devolve into social shaming. As Stephanie Land wrote in the New York Times, "[m]inimalism is a virtue only when it's a choice, and it's telling that its fan base is clustered in the well-off middle class. For people who are not so well off, the idea of opting to have even less is not really an option."

If I might revisit my title, minimalism as a posture is the worst. We all deserve spaces that make us feel safe and comfortable, and if empty ones suit you, why, follow your bliss.

I will happily take your stuff.

A Vegetarian Can Be a Good Host. Really.

It can seem hard to host a plant-based meal. It isn't.

We Don't Display Our Wedding Photos

Are we monsters? Maybe. 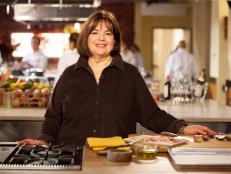 Confession: I Don't Know How to Cook, But I'm Obsessed With Cooking Shows

I use my oven for extra storage and only own one pan, but I can't stop watching cooking shows.

We polled HGTV fans to find out what goes on in the bedroom, from how often they change the sheets to what their favorite color scheme is. How do your answers match up?

Tackling Storage in a Teenage Closet

Making the Most of a Master Closet

The Best and Worst Time to Tackle These Chores

HGTV Magazine talked to the pros who know when to paint your house, reseed your lawn, and even grocery shop.

I Got a TUSHY Bidet and Everything Is Different Now Jan 31, 2023

30 Essential Cleaning Products Everyone Should Own Jan 31, 2023

By: Molly Miller and Megan Sadler

Here's What We Thought After Testing Ruggable's Washable Rugs Jan 30, 2023

26 Quick and Easy Tips for Organizing Your Entire Kitchen Jan 27, 2023

You'll Wonder How You Ever Lived Without These Handy Touch-Up Tools Jan 26, 2023

By: Katie Friedman and Chelsey Bowen

Amazon Shoppers Are Obsessed With These 25 Kitchen Products Jan 23, 2023

Amazon Has a Secret Online Outlet and the Deals Are Good Jan 23, 2023